Helping People Is Harder than it Looks

So I asked myself a hard question today. After many years of working on ways I might be able to make this world a better place and help other people, I had to actually ask myself, what kind of help am I offering people? And is it the kind of help people want?

That is a different question than “what kind of help do people need?” Because they only listen to (and pay for) the help they want.

I confess to being somewhat prejudiced here, and perhaps not as attentive as I should be. I see the world very much through a lens of the help I wish I had gotten when I was younger or trying new things. 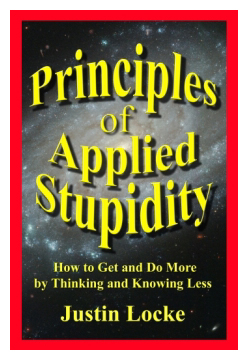 Simply stated, the hardest part of making my way through life has been the issue of my having gotten a lot of bad advice. There are many popular systems for success that are repeatedly espoused. It all sounds wonderful when you hear it, and many people believe it and repeat it without testing it, but it’s only when you put your trust in it and test it yourself that you realize that it’s all wrong.

All too often, when people apply this advice and it doesn’t work, they tend to think it’s because of their own shortcomings. This frustration is not an accident; rationalizing failure with self-blame (rather than blaming the system) is a big part of maintaining the status quo or power and class structure.

So right off I lose a vast piece of potential market share, because people who are in control don’t see any need to change anything. Oh well. And then there are those people who really would benefit from what I have to say, but they can’t accept it, because they are too loyal to the system, even when it is exploiting them. Sad.

But every now and then I find someone who is on that cusp of confusion, who has in fact tried to achieve something using the standard dogma, and they have discovered that it doesn’t work. At that moment I seize my chance and share what I have learned that does work. Very satisfying when that happens, and I am oh so grateful for those people who were there for me whenever I hit that wall myself.