An Introduction to Mechanical Thinking

Whenever I give a talk on my past life as a professional orchestral musician, one of the most common questions I get is, “just exactly what does the conductor actually do?”

Part of the problem in answering this question is, the audience is predisposed to think of an orchestra as a machine, and they expect me to describe a mechanical process.  In this case, there is a collective cultural assumption that the conductor is somehow working as a sort of puppeteer, and each musician on the stage is acting as a marionette, blindly and mechanically responding to the movements of the baton.

The idea that something else is going on, beyond a purely mechanical level, is entirely foreign to many.

We tend to like machines.  We can control them.  We understand them.  But that reference, that world view, cannot explain a million cicadas all singing in perfect unison, or a flock of 10,000 starlings swirling about without ever hitting one another.  When I was in elementary school I was immersed in mechanical thinking.  School was based on a factory.  That training came to a jarring halt when I found myself playing bass in a major orchestra.  If you had told me that a group of players could communicate with such precision without a central control, I would not have believed it.

Another example of mechanical thinking: When I was in music school, they taught us an entirely mechanical system for writing Bach style counterpoint. We all became little music-writing computers. If we followed the rules, even if we were tone deaf, we could create something that resembled medieval counterpoint.

We had no emotional connection to the notes, and I couldn’t even tell in advance what it would sound like. It was as though the appearance of being able to compose medieval counterpoint was more important than actually knowing how to do it. Like machines, we had no consciousness of purpose; we just blindly obeyed our operators. It was a mechanical result borne of mechanical thinking.

Another classic example of mechanical thinking: Every few years, someone suggests that the public school day should be lengthened. If kids learn five things in five hours, so the theory goes, it stands to reason that they will learn 10 things in 10 hours.  This would be true if kids were machines, but since kids aren’t machines, it does not work. Students in Finland are running circles around us with shorter school days and less homework. To a mechanical thinker, this makes no sense.  The human desire to learn is the overriding factor, but since that cannot be reduced to a convenient mechanical process, it is often disregarded.

Mechanical thinking is a reflection of just how powerful machines have become in our modern life. Machines are so wonderful, they are so productive, they are so useful, it is very easy, and very common, to think that human beings can and should work the same way.

Thinking of people as machines is also very appealing and popular because of its implied greater ease and simplicity, and more, because of the promise of total avoidance of risk and/or complex deep dark emotional issues.

We often see situations where someone is doing something immoral and yet all the people around them are just politely ignoring it. This is a common outcome of mechanical thinking. One becomes divorced from a conscious state, and instead just unquestioningly goes through motions. Machines have no empathy. Mechanical thinkers are very easy to control. Hence the endless popularity of teaching mechanical thinking.

When I dove into the life of being an author and speaker, I was inundated with offers of “systems” – read “machines” – where all I had to do was input my information and $2500, and out the chute would pop a million dollar writing and speaking career. We want to believe in the machines, but the First Commandment tells us “Thou shalt have no other Gods before me.” This new version of deus ex machina is blasphemy. Your highest power is within your divine self, not in any machine or system. 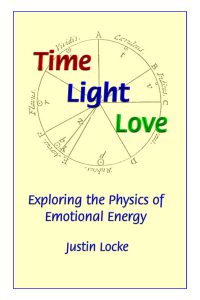 This entry was posted in Observations. Bookmark the permalink.

4 Responses to An Introduction to Mechanical Thinking